After actor Scott Takeda suffered numerous concussions and remained stagnant in his recovery until he found medical cannabis to alleviate symptoms, he then found himself facing the stigma and shame of turning to medical marijuana along with being a TBI survivor. 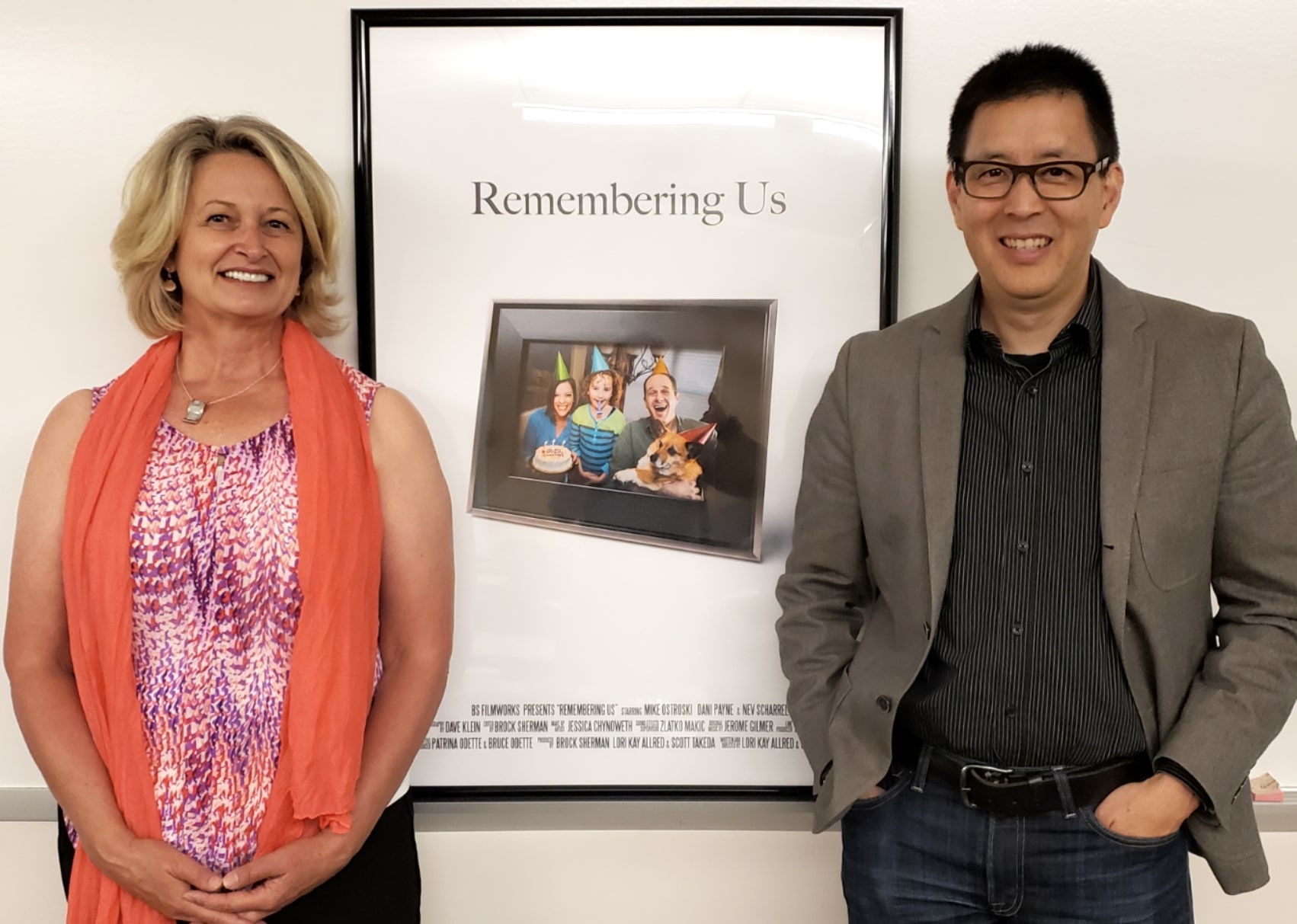 “I was at a family gathering and I hadn’t come out yet about the concussions and I was on medical cannabis,” Takeda explained. “And one of my cousins, said ‘Oh you liberal Hollywood types are you still doing that wacky weed?’”

Instead of responding, Yes, I’m on the wacky week and it makes it possible I can have this conversation, Takeda and his wife, film producer Lori Kay Allred, decided to put their energy into what they know best – making a movie.

“Remembering Us” is a short film that captures the ups and downs of recovering from multiple TBIs, the effects of the injuries on family and careers, along with the twists and turns of numerous recovery methods that eventually lead to CBD oil and/or medical cannabis. Takeda and Allred shared a bit of their film during the July 2019 Brain Injury Hope Foundation’s Survivor Series at the West Metro Fire and Rescue Event Center in Lakewood, Colorado.

The film is not a documentary, but a story with Takeda as the main character, Steve Novak , who is played by actor Mike Ostroski.

“We wanted to write a universal film with a personal spin on it,” Takeda said. “I am the main character in the film who suffers a TBI and Lori is the caregiver (Kate Novak played by Dani Payne). Going through a TBI changed us. We were husband and wife, and now we have new titles: TBI survivor and caregiver.

“One thing we wanted to explore was the isolation and the struggle of recovering from a TBI, along with how this injury affects the caregiver,” Takeda continued. “There are a lot of documentaries on TBIs, but very few address TBI in a serious fashion. It is often treated as the butt of jokes, as a comedic punchline.”

It’s no picnic recovering from a TBI, but many people don’t discuss their symptoms or plight because of the stigma associated with brain injuries. Takeda and Allred did not tell their families about Takeda’s multiple TBIs until they showed the family the short film, which they are entering into film festivals to garner interest and funding for a full-length feature movie.

Now the couple says they wish they would have told family and friends sooner. 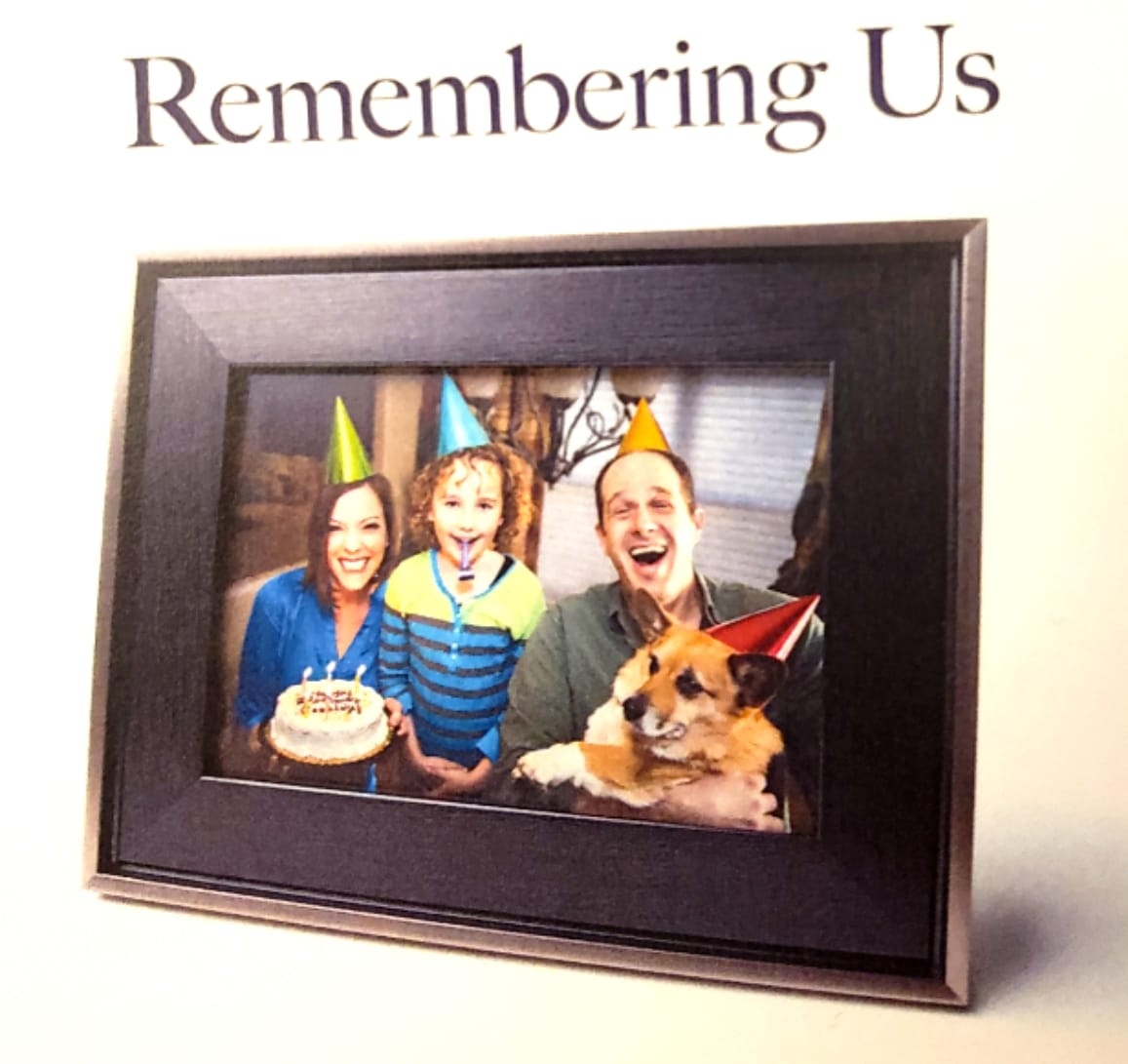 “My advice to anyone recovering from a TBI, don’t keep it a secret,” Allred said. “People want to help if you let them. We should have shared Scott’s injuries with our families, but we were afraid.”

Takeda said, “In the film there is the fear factor of telling the boss. There is a real-life cost of coming out. Loss of a job, a career …”

The goal of making “Remembering Us” is to get people taking about TBIs and medical cannabis as a treatment option.

“We want to use the film to get the conversation going,” Allred stated. “Years ago people did not talk about cancer openly, but now we do. It is OK to talk about this disease. This is what we want with TBIs.”

The number of new cases of cancer in 2019 is predicted to be 1.7 million in the United States, according to the National Institutes of Health.

The number of TBIs in 2014 (the latest statistics) was 2.87 million, according to the Centers for Disease Control.

That is twice as many TBIs as ALL cancers, and that was in 2014 AND based on hospital visits. Now ask yourself, how many times have you or a loved one suffered a blow to the head in which you did NOT go to the hospital. The costs to society for care and lost productivity due to brain trauma are enormous and estimated at $76.5 billion annually, according to a study by the CDC.

“Look, what color does the NFL wear in October? Pink. And cancer is not even half the number of TBIs annually,” Takeda said. “At one point cancer was kept in the shadows. We feel it’s time to get the conversation started about TBIs and the stigma surrounding it. It’s a part of a lot of people’s everyday lives. It is so brave to talk about it.

“You see someone lose their leg in a car accident and you talk about it, but not with a head injury. We can’t see the injury, thus the stigma. So… she lost her job because of a TBI. You can’t see her injury. … These are the conversations we are hoping to start.”

The film displays raw emotions, and that is exactly what the husband and wife team wanted to give to audiences.

“As a filmmaker it is often asked: Why are you the right person to make this film?” Allred said. “Well, because we lived it. It is our story. In the film the woman yells, ‘Figure it out!’ The film is raw and quite relatable.”

“TV and film are powerful mediums to touch people, to education,” Takeda said. “Working in TV news I learned the power of the medium. It has the ability to affect emotions and opinions. For us this is our single most passionate project. So many people are hurting right now. And the statistics are out there, and no one is talking about it. You have the disease of the week, which is OK, but TBIs need daylight, as well. No one knows about it. We feel like we have to hide our TBI. … How do we get the word out? Film.”

In the film, the main character, Steve Novak, turns to medical cannabis after trying numerous physical therapies that just were not working.

“There isn’t a narrative film out there that is addressing the medical role of cannabis like we are doing,” Takeda said.

“For Scott, it (medical cannabis) was a bit of a last resort,” Allred said. “Like something has to give.”

That “something has to give” is related in the film when the wife, Kate Novak, yells at her husband, “Figure it out!”

“I tried many therapies but they didn’t work for me,” said Takeda, who would not elaborate as not to sway the audience on their physical therapies. “I was nervous about medical cannabis. I grew up in the era of the War on Drugs. Plus I’m allergic to smoke, so I was not going to do this. But there are other ways to ingest medical cannabis – tinctures, edibles, topicals.”

“It’s the Wild West right now with medical cannabis,” Takeda said. “Israel does a lot of research on it, so there is some good current information out there.”

As far as the emotions in writing and producing the movie, Takeda explained, “It was a challenging story, but we can educate an enormous audience with the film.”

It’s an education that could open the door for many TBI survivors and their families to look to medical cannabis as a treatment option and to remove the shame of sharing our stories of surviving and thriving.

To watch the trailers for “Remembering Us” and other insights about the film, visit the Facebook page.