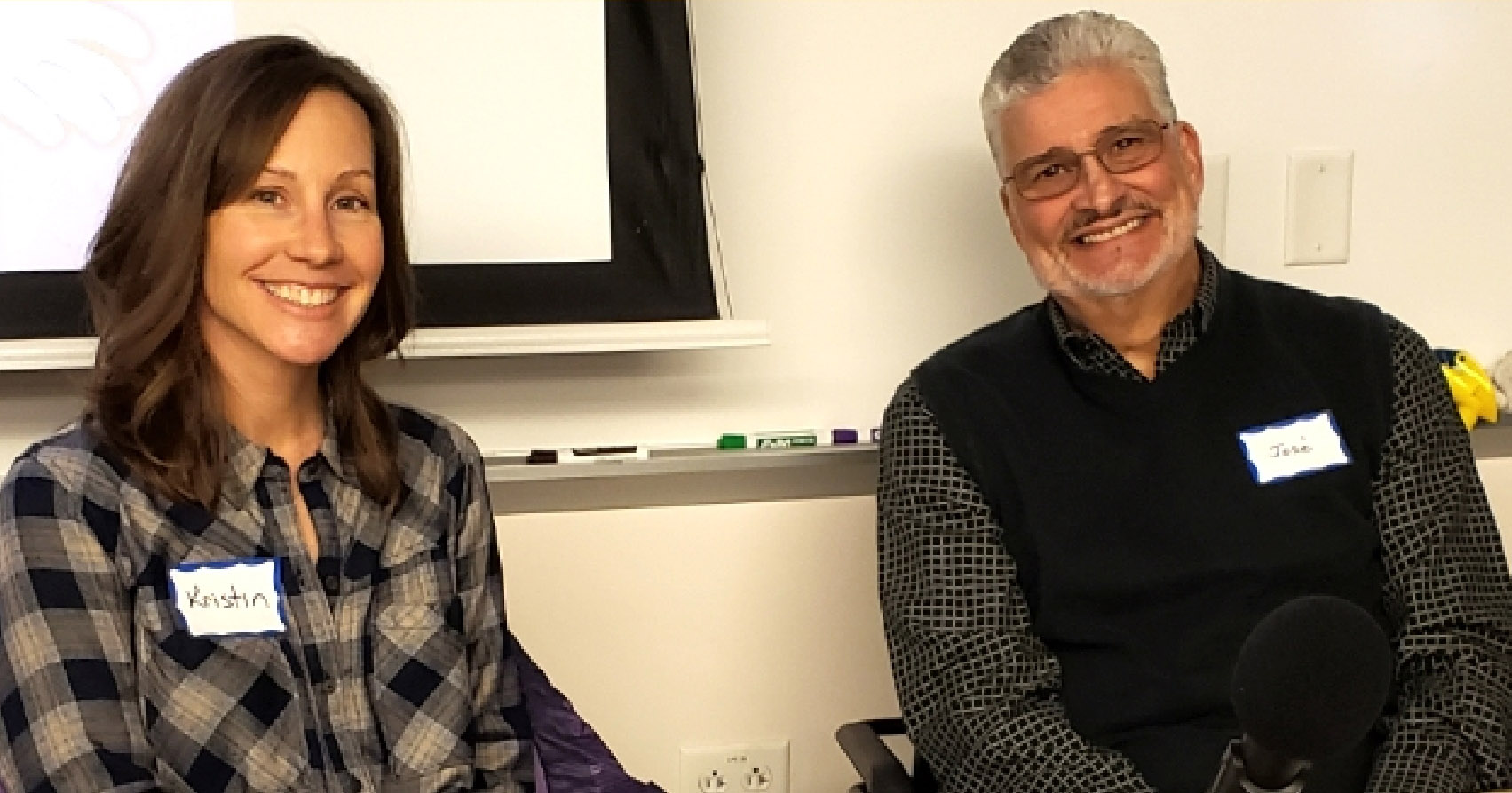 The March 8, 2019, luncheon, featuring a panel of survivors, turned into a powerful, raw event in which members of the panel and audience were brought to tears while relaying their stories of struggles and accomplishments.

The March event – Surviving to Thriving Panel: Overcoming Obstacles to Create a Better Life and a New Normal – was sponsored The Colorado Grand.

Yes, the panel of survivors looked like shiny happy people with no struggles, but what participants learned was that every single day remains a struggle for this panel of survivors. However, a brain injury does NOT have to keep you in a spiral of depression or rule havoc over your life.

In May 1981, Bill Inman, a physics major at the University of Colorado-Boulder, was in a serious car accident that left him in a coma with severe injuries, included paralysis. Bill went on to earn his bachelor’s degree in social sciences after the accident—quite the inspiration!

“I have been reinvented by my injury,” said Inman, who was carefree and out for a good time before the accident. “Now, I think more often of what I can do to help others and concentrate on what I am doing, because it takes a lot of concentration and effort for me to do anything.” 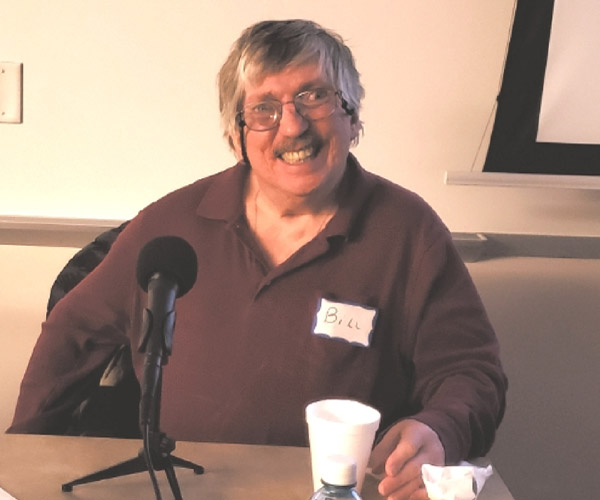 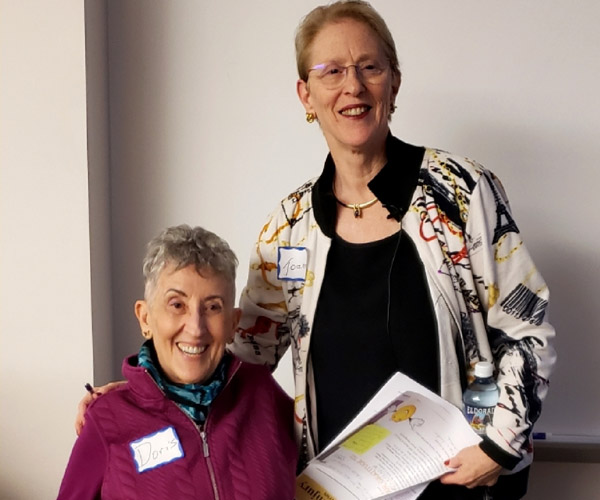 After the accident Inman was an in-patient, out-patient at Craig Hospital for two years, lived in a nursing home for 1.5 years and with his parents for 17 years. He is currently living at the Glen Dee House, which is operated by Learning Services, a national company that helps brain injury survivors.

“I have had many setbacks, too,” he said. “But with the Lord’s help I have overcome them all.”

Kristin Gablehouse suffered a brain injury in 2015 in Italy after a dog ran in front of her bicycle, causing her to land on her head. Before the injury, Gablehouse was a veterinarian and an outdoor enthusiast, who had scaled most of Colorado’s 14ers. She now is an ultra-marathoner, tackling 100-mile plus races. For more information about Kristin, see her blog.

“I run because it helps me keep a sense of self,” she said. “It’s too easy to focus on the losses and grief. I want to focus on joy, and running makes me, feel like me.”

Gablehouse is helping others by holding a support group for runners and yoga sessions for brain injury survivors.

Doris Sanders was a former competitive sky diver, mountaineer, exercise junkie and all-around go-getter before numerous head injuries (12 of them!) sidelined her pursuits.

“I had to really take a look at where I was,” Sanders said. “I was constantly telling myself: mind over matter, and what I HAD to do. I was so determined to get back to where I had been. I had to get out of my own way in order to heal.”

Karren Wilson was under a lot of stress before a stroke left her with a TBI. “I was working, taking care of kids and grandkids. You know, Mom will do it for everybody. After the stroke others started doing things for themselves.”

Since the stroke, Karren changed her diet and started exercising and utilizing stress-relieving techniques.

“Taking care of myself was the biggest thing for me,” she said.

Prior to his cycling accident, Jose Reyes owned a successful business, which included traveling the country. Since the brain injury three years ago, Reyes now sees himself as “evolving.”

“Rather than reinventing myself I like to say, I am evolving. I have a very different outlook on life,” he said. “You have to be in the present. Not the future or the past — being in the present and understanding where I am now. I have to accept myself where I am now. I don’t know what I’m going to be, I’m concentrating on what I am doing today. … You have to let go of attachment and accept yourself in order to discover your true self. ”

One of the biggest obstacles Gablehouse has tackled is her relationship with her spouse.

“Don’t be afraid to seek marriage counseling,” she said, noting that it helped the relationship once the TBI was established as “OUR” brain injury. “I’m learning and re-establishing a new system for myself as I get better. There are things I still can’t do, and I’ve gotten better at asking for help. Recognize that you do have limitations, and people are there to make things easier for you.”

Karren said the stroke helped save her marriage as she was heading down a road to divorce.

“The stroke gave us a different perspective of our marriage,” she said. “He cares. And we both realize that this can happen so quickly.”

Faith also plays a large in role Karren’s recovery. “I believe God needs me to be here some more. He’s keeping me going.”

Sanders said the medical community is one of the obstacles she has had to face. “People were asking: At my age (73) is it worth it,” she said of all the physical therapies she was undertaking.

Inman said caregivers should not give up on brain injury survivors. “They should tell them it will be hard, but they can get better if they try and persevere.”

Reyes stated that we are all in this together, and we need to learn from one another every day — and to honor the mourning process. “Many familiar things were lost,” he said. “We are learning to mourn. It opened my eyes to understand the loss and mourning. Everything comes from a different perspective now.” He also complimented his wife, Iris, for standing by him and lending so much support.

Patience is what Sanders said she would tell caregivers. “Do not let people baby you. My husband is the caregiver, and we had to discuss letting me do things on my own.”

Gablehouse reiterated a story about playing board games with her husband, who would give her the answers if she was struggling. “I needed to figure things out,” she said. “Now, if I’m struggling with something he helps with hints.”

Part of the Process: Fatigue

Battling fatigue is a big issue with a lot of TBI survivors, and honoring your needs are up most important.

“It doesn’t just go away,” Gablehouse said. “Last night was a disaster. I didn’t make dinner, so we ordered Chinese food.”

Sanders said she keeps a rigid schedule with built-in rest periods. “If something comes you have to decide if you can do it or say no.”

Reyes turns to exercise to help battle fatigue. “I don’t want to do fatigue. I force myself to work out, and I feel better afterward. I have to get past that mental block. We do have power over our recovery.”

Inman said he needs a day of rest and time to recover after exercising.

A brain injury is often called the invisible injury because survivors look “normal” and have learned to navigate the world in a “normal fashion.” However, some friends and family just don’t get that you are healing.

“People will look at you differently,” Reyes said. “Some people will be supportive of you and others will not. You have to look at revamping your entire network sometimes.”

Sanders said she lost all but one of her friends after her injuries. “You have to move on and surround yourself with people who care and are positive.”

Gablehouse said, “I don’t know how many days I sat crying. It doesn’t happen as much now. I try to be positive, and sometimes you have to fake it until you make it. Don’t think it’s all roses. We struggled for a while. And know that it is also a loss for your spouse, too. He lost a person. We chose to figure it out, and we have a new relationship.”

Inman said to keep working on recovery because of brain plasticity – the brain’s ability to change throughout life and to reorganize itself by forming new connections.

Gablehouse, who took up ultra-marathons after her injury, said, “Do not let what you cannot do interfere with what you can do” – John Wooden.

Do something that brings you joy. Set goals. And even if it seems impossible know you can do it.”