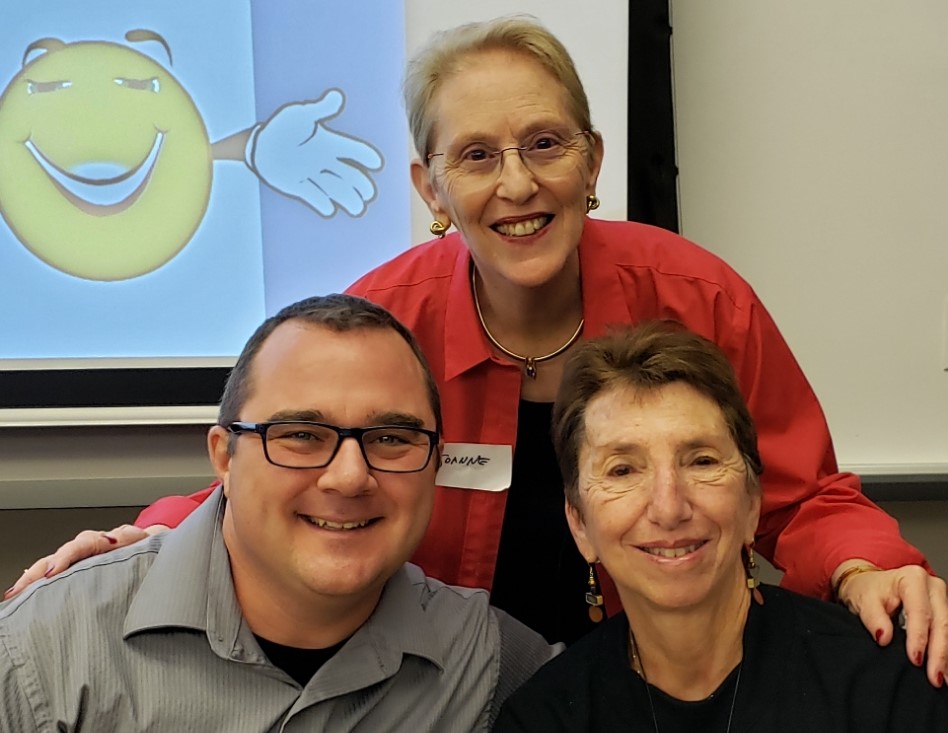 Six brain injury survivors revealed their tips to thriving after a TBI to kick off the 2020 series of the Brain Injury Hope Foundation’s Survivor Series Luncheons on January 10 at the West Metro Fire and Rescue Event Center in Lakewood, Colorado.

“Overcoming Obstacles to Create a Better Life and a New Normal” gave survivors in the audience an opportunity to garner various methods, including unusual therapies to just smiling to use in their recovery from a brain injury.

“I recognize now that every day I’m better than what I was,” said Traister, who suffered multiple concussions. “It’s good to see how far that I have come. I had forgotten my baseline.”

Traister is currently working with Dr. Manny Nunez of the NeuraPerformance Brain Center and is incorporating vision therapy, Dynavision, and Gyrostim therapy into her routine as she recovers.

Deb Finegold, left, Richard Garde and Shelia Traister are more than happy to share their tips at the BIHF January 2020 Survivor Series Luncheon.

Therrian said he “now knows himself” after suffering a fall at work in 2008 that sent him to the hospital where he was in an induced coma for six days.

“I was in denial for four to five years,” he explained. “I’ve seen what I lost, and it was hard. … I’ve had to redefine success and change the level of success. I now set smaller goals.”

And setting those smaller goals has allowed the former carpenter to cope as he still recovers from a TBI.

“I had to start looking at my problems. What are they?” Therrian explained. “Once I had the problems on paper, I could do the research. And because of that, I could work on one piece of the puzzle at a time.”

Garde, a former chiropractor, said he lost a lot of his memory after a car accident 2.5 years ago, along with math skills and vocabulary. He had to relearn how to play the guitar, and noted that music/sound is a healing energy.

And it’s not just playing music, which helps stimulate the brain function controlling movement, cognition and speech, but listening to music also helps TBI survivors. For more information on music therapy, here is a link to one study.

Garde along with others on the panel experienced ringing in the ears aka tinnitus after their injuries, and suggested ear filters to help with the “noise.” Here’s an article about hypersensitivity  after a TBI. And here is where you can buy ear filters at Westone in Colorado Springs, Colorado. (SKU# 77701 was recommended by Dr. Mary Ann Keatley to Eliza Marie Somers. Also try SKU# 77703 or 77704, which were on sale at the time of publication.)

Garde cited several therapies and other helpful hints that he has used in his recovery. Here are a few of his suggestions along with links to handouts or websites:

Become the Baby or the Brain Dance

Sleeping in a Hammock. Study 1.

Meditation and a Good Night’s Sleep

One free app to try for meditations is Insight Timer, which offers more than 24,000 free meditations from guided meditations to just music, from Christian to Buddhist, along with Mindfulness-based Stress Reduction (MBSR) meditations. MBSR meditations were cited by Silver-Jones as helping in her recovery.

“Find out what works for you,” Garde said. “And you have to move. Life is motion, and motion is medicine.”

Silver-Jones, who just published “Headstrong: Surviving a Traumatic Brain Injury” after surviving being attacked with a hammer in a random violence incident, said that writing was a way to remove herself from the injury. 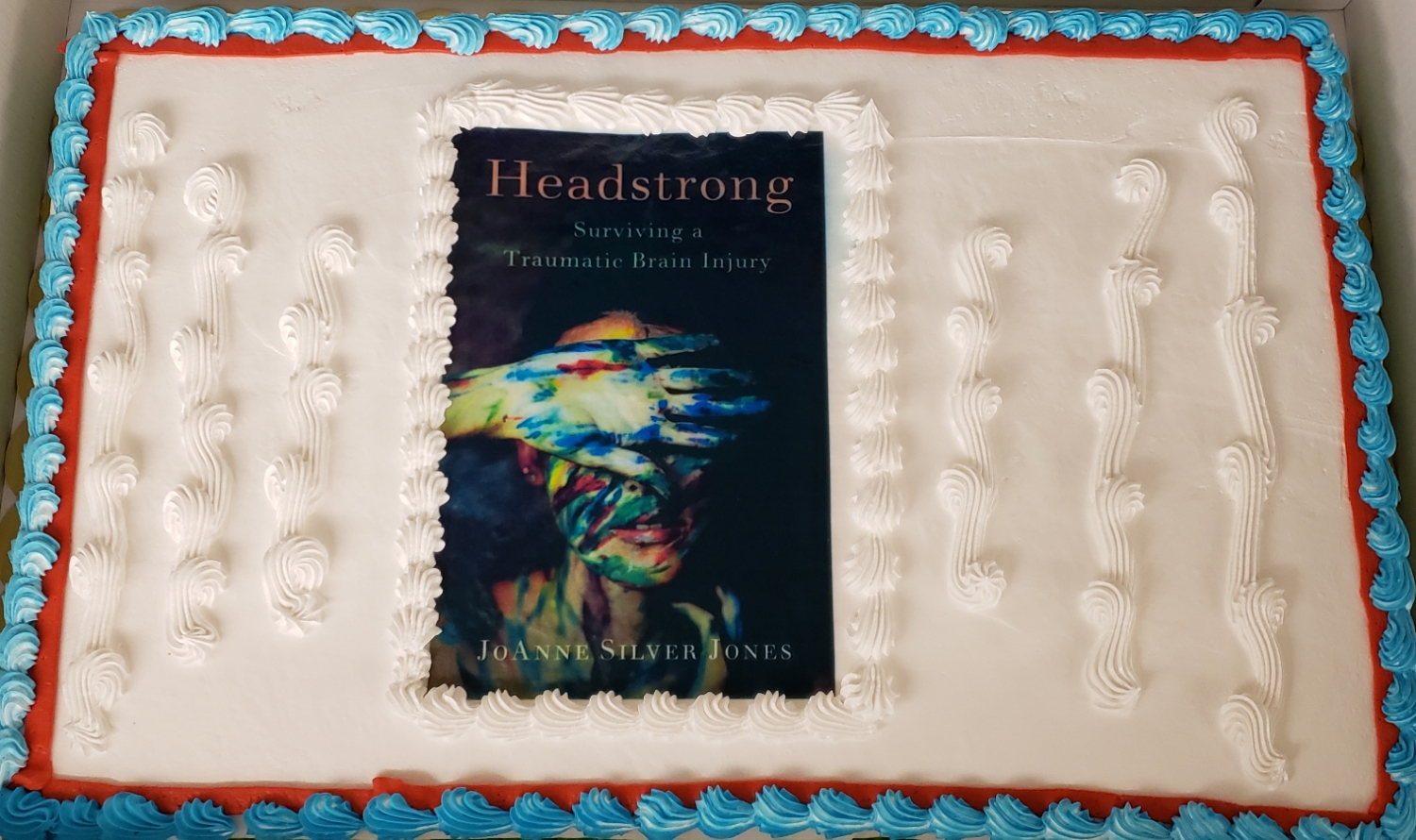 “Writing found me,” she said. “It was not my intention to write a book, but I just kept writing. It was personal and intimate. After years of recovery, I was tired and this was a way to focus on something else. You have to engage your brain in something else other than your injury.

“You need to find your bandwidth, and honor that,” she continued. “Find where you can function. … What can I deal with, without getting angry. I would yell at people: It wasn’t an accident! I was attacked with a hammer!

“I live a bounded life, now,” she added. “I need rest. I have to take medications to control seizures. I do what I can to keep things in control.”

One of those things she cited is MBSR meditation, and here’s a link to free meditations and course study.

Fortmiller, a former teacher and activist, uses  her dog Bogo to help her throughout her day. 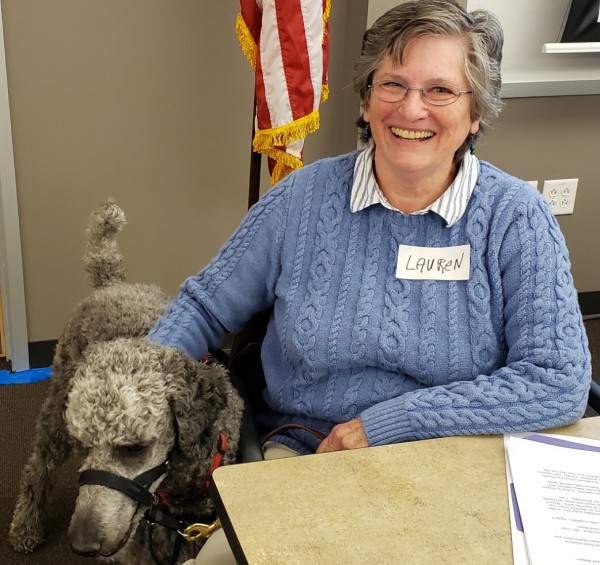 “Most of my life people told me to snap out of it,” said Fortmiller, who suffered numerous TBIs since childhood. “It wasn’t until I had a CereScan that gave a complete picture of the brain that I finally had proof that I had a brain injury.”

Fortmiller now credits her injury with bringing her to music, along with giving her freedom from expectations.

Finegold used trauma therapy after a fall down some stairs.

“I was terrified of stairs and riding in a car,” she said. “I didn’t know who I was. I had all these antennas up in my head. Trauma therapy helped me to get unstuck.”

Traister said TBIs now allow her to distance herself from toxic people and situations.

“I don’t have the energy or time to put up with other people’s (crap),” she said. “Before the injuries I was probably to most wonderful enabler, now I have very little time for toxic situations.”

All the panelist indicated that caregivers need to use patience when helping a TBI survivor.

“Patience is the most important quality a caregiver can have,” Fortmiller said. “We are doing the best we can. Also don’t over help. I know it’s hard not to help someone you love, but always ask if they need help.”

Traister added it’s important to respect the wishes of the TBI patient.

“People are trying to be helpful and want to do things their way. Respect the way we do things,” she said. “And it’s OK to say, ‘I don’t understand.”

Therrian gave an analogy on dealing with TBI survivors.

“Imagine you are driving to New York City and about three-quarters of the way there you pull over because your windshield and rearview mirror are filled with muck. I am unable to see the world in front of me or behind me,” he explained.

Finegold added, “Life doesn’t end after a TBI. Life can be just a rewarding. Find people you enjoy being with and love the life that you have. I’m thrilled about learning how to crochet again!”

It’s little successes such as crocheting that can make a difference as a TBI survivor recovers. So celebrate your accomplishments, and smile.